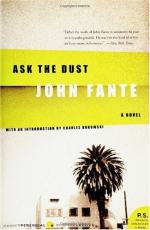 Arturo makes an extra effort to be mean to Camilla after receiving a thank you note from Sammy, who tells him that he is too nice to her and that Mexican women don't like to be treated like human beings.

He criticizes Camilla's appearance, calling her a cheap imitation of an American. Camilla tries hard to get Arturo to warm up to her, but her beauty scares him and freezes his feelings. She makes him dislike himself and, when he doesn't respond to her, she pushes him away. Camilla thinks he might be homosexual, but he denies it.

Challenged, Arturo holds onto Camilla, but only when she becomes hateful toward him does he begin to desire her. Fantasizing about himself as Bandini, he becomes too forceful. Camilla tells him she hates rough stuff. She leaves, but Arturo's confidence is high now because he...