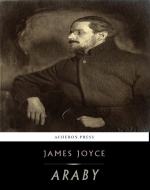 James Joyce
This Study Guide consists of approximately 37 pages of chapter summaries, quotes, character analysis, themes, and more - everything you need to sharpen your knowledge of Araby.

"Araby" is one of fifteen short stories that together make up James Joyce's collection, Dubliners. Although Joyce wrote the stories between 1904 and 1906, they were not published until 1914. Dubliners paints a portrait of life in Dublin, Ireland, at the turn of the twentieth century. Its stories are arranged in an order reflecting the development of a child into a grown man. The first three stones are told from the point of view of a young boy, the next three from the point of view of an adolescent, and so on. "Araby" is the last story of the first set, and is told from the perspective of a boy just on the verge of adolescence. The story takes its title from a real festival which came to Dublin in 1894 when Joyce was twelve years old.

Joyce is one of the most famous writers of the Modernist period of literature, which runs roughly from 1900 to the end of World War II. Modernist works often include characters who are spiritually lost and themes that reflect a cynicism toward institutions the writer had been taught to respect, such as government and religion. Much of the literature of this period is experimental; Joyce's writing reflects this in the use of dashes instead of quotation marks to indicate that a character is speaking.

Joyce had a very difficult time getting Dubliners published. It took him over ten years to find a publisher who was willing to risk publishing the stories because of their unconventional style and themes. Once he found a publisher, he fought very hard with the editors to keep the stories the way he had written them. Years later, these stories are heralded not only for their portrayal of life in Dublin at the turn of the century, but also as the beginning of the career of one of the most brilliant English-language writers of the twentieth century.

More summaries and resources for teaching or studying Araby.

Araby from Gale. ©2005-2006 Thomson Gale, a part of the Thomson Corporation. All rights reserved.