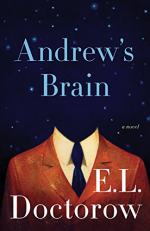 New Rochelle is a suburban town about 25 miles northeast of New York City. New Rochelle is where Martha resides with her second husband. After Briony’s death, Andrew drove to New Rochelle with Willa and asked Martha to take care of Willa for him. Martha agreed, and at the end of the book, Martha, her husband, and Willa are all still living in New Rochelle.

Montcalm is a fictional suburban town in New Jersey. It is where Andrew lived for the first few years of his life. However, after Andrew indirectly caused a car accident, Andrew’s family moved to New York City to escape the shame form the community.

New York City is the most populous city in the United States of America. Andrew grew up in New York City after his family moved away from Montcalm, New Jersey. Years...