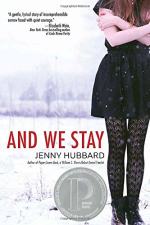 And We Stay Setting

The Amherst School for Girls

The Amherst School for Girls is the boarding school to which Emily’s parents send her after her boyfriend shoots himself in the school library at Grenfell County High School where she had previously attended school. Much of the action of the novel takes place in the buildings and grounds of Amherst School. The school is located in Amherst, Massachusetts where Emily Dickinson had lived. The poet had also attended school at ASG, though it had been called Amherst Academy at the time Emily attended it.

Hart Hall is the name of the dormitory in which Emily lives with her roommate K.T. Much of the drama between Emily and K.T. and the cream puffs, Annabelle and Waverley, is played out in the bathroom and third floor hallway of this dorm.

And We Stay from BookRags. (c)2022 BookRags, Inc. All rights reserved.