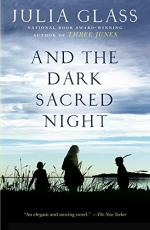 Nature demonstrates the power of creating ambiance and determining situations throughout the novel.

The beauty of the natural setting of the music camp creates an almost other-worldly environment both when Daphne and Malachy attend there and also many years later when the whole family returns for a concert.

Sandra runs a landscaping business which symbolizes the attempt to try to control nature and powerful forces.

There are also powerful storms that wreak havoc with the characters. A snowstorm in Vermont and then the hurricane in Provincetown both show the power of nature and the vulnerability of men and women.

The power of nature is clearly at work when Lucinda is overcome by a rogue wave near the shore and is drowned.

Music is a powerful symbol in the story because it is the foundation for Daphne and Malachy's meeting at the camp. Malachy became a...

And the Dark Sacred Night from BookRags. (c)2022 BookRags, Inc. All rights reserved.