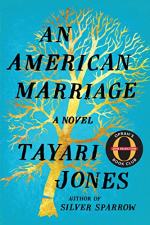 Jones, Tayari
This Study Guide consists of approximately 46 pages of chapter summaries, quotes, character analysis, themes, and more - everything you need to sharpen your knowledge of An American Marriage.

This detailed literature summary also contains Quotes and a Free Quiz on An American Marriage by Jones, Tayari.

The following version of this book was used to create this study guide: Jones, Tayari. An American Marriage Algonquin Books of Chapel Hill, 2018.

This book is divided into three parts and the story is interspersed between three narrators, Andre, Roy, and Celestial. Part One: Bridge Music opens with a chapter from the perspective of Roy Othaniel Hamilton Junior. Roy describes his wife Celestial, an artist from Atlanta, Georgia, and how they first met in college. Roy then describes the Labor Day weekend that he and Celestial went to spend in Eloe, Louisiana with Roy’s parents. Roy and Celestial spent the night in a motel, the Piney Woods, that night. There, they fought, made up, and in the middle of the night were dragged out of their beds. It is revealed that Roy was (falsely) accused of raping a white woman in the motel that night.

Celestial takes over as the narrator, recounting the details of the trial. Roy was sentenced to 12 years in prison. Over the next five years, Roy and Celestial exchanged letters, which are transcribed in the novel. At first, Celestial visited Roy regularly. They agreed to abort a child that they conceived together. Over time, Celestial visited less regularly until finally, she announced that she did not want to be Roy’s wife. Roy cut off communication until the day that he announced, after five years in prison, that he had won his appeal and would be released within a month.

In Part Two: Prepare a Table for Me, the reader learns that during Andre's imprisonment Celestial had begun dating her longtime best friend, Andre—also a close friend of Roy’s. Although they were both happy about Roy’s release they worried about his reaction to the news. Celestial recalls how Andre proposed to her and how she accepted, despite her father’s strong condemnation of the relationship. Andre reflects on the trip that both he and Celestial took to Eloe to help bury Roy’s mother, who passed away from lung cancer while he was in prison. They had sex for the first time that night, in Eloe.

Upon his release, Roy returned to Eloe, where he met an old friend from high school, Davina Hardwick. Davina was warm and accepting and, after having him over for dinner, they had sex. However, Roy was determined to win back Celestial and left soon for Atlanta, knowing that Andre was coming to Eloe to find him.

In Part Three: Generosity, Roy recalls going to Atlanta in order to confront Celestial, who confirmed that she was dating Andre. Andre returned and the two men fought. Finally, Celestial agreed to stay with Roy out of a sense of duty. Roy, detecting her sadness, left her and returned to Eloe. In the Epilogue, letters exchanged between Roy and Celestial reveal that Roy and Davina have begun dating and have plans to marry, though they have no plans to have children. Meanwhile, Celestial and Andre are expecting a child together, though they have no plans to marry.

More summaries and resources for teaching or studying An American Marriage.