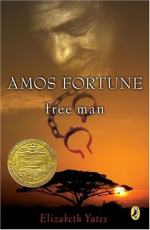 "She leaned against him, hoping to hide the deformed leg that--but for her father's love--would have caused her to have been drowned as an infant. Only the sacrifice of the imperfect to the God of Life could assure protection for the perfect." Africa 1725, pg. 5

"One of the white men raised his arm and a hundred muskets blazed into the night. The dancing people stopped and looked skyward. Then they fell to their knees, bewildered, fearful only of one thing that they had offended the Spirit of the Night." Africa 1725, pg. 9

"He was still a prince, though chains bound him, and she was a princess. Neither one could escape the work they had been born to do." Africa 1725, pg. 13

"At-mun tried to hold together those of his people with him in the pit. But as the days passed they seemed less and less able to respond to him and...