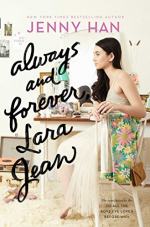 Related Topics
It's Not Summer Without You
To All the Boys I've Loved Before
P.S. I Still Love You
The Summer I Turned Pretty
We'll Always Have Summer

Jenny Han
This Study Guide consists of approximately 43 pages of chapter summaries, quotes, character analysis, themes, and more - everything you need to sharpen your knowledge of Always and Forever, Lara Jean.

This detailed literature summary also contains Quotes and a Free Quiz on Always and Forever, Lara Jean by Jenny Han.

The following version of this book was used to create this study guide: Han, Jenny. Always and Forever, Lara Jean. Simon and Schuster, 2017. Nook.

Always and Forever, Laura Jean is the third installment in Jenny Han’s Laura Jean trilogy. The previous novels in the trilogy, To All the Boys I’ve Loved Before and P.S. I Still Love You, have followed Lara Jean Song Covey, a half-Korean, half-Caucasian teenager as she comes of age. This novel completes the series, following Lara Jean’s final year of high school and her venture into the world beyond. The novel begins with first-person narrator Lara Jean at a party with her boyfriend, Peter Kavinsky. They leave the party so he can get her home before curfew. Since they have a little extra time, they go to the campus of the University of Virginia, the college that Peter has been accepted into on a lacrosse scholarship, and the college that Lara Jean has wanted to go to ever since she was a little girl. Lara Jean’s mother passed away when she was ten years old, and before she died she took classes at UVA. It is important to Lara Jean that she gets into UVA so that she can feel connected with her mother and so she can remain close to her family. Her father and younger sister, Kitty, are very important to her, and she wants to be able to see them every week. Peter takes Lara Jean home and she goes to sleep. The next day, Lara Jean decorates Easter eggs to take to the retirement home where she used to work and she Skypes her older sister, Margot, who is in college in Scotland. The next day, Lara Jean goes to deliver the eggs to the retirement home and to visit her favorite resident, Stormy. Later that day, Lara Jean bakes in an attempt to create the perfect chocolate chip cookie. She, Peter, and Kitty watch movies and then Peter leaves to help his mother. The next day, Lara Jean brings more cookies to school with her and shares them with her friends. At home, she has dinner with her family and her father’s girlfriend, Trina. That weekend, Lara Jean goes on the class trip to New York City. Peter stages a prom proposal straight out of Lara Jean’s favorite movie, Sleepless in Seattle. When she goes back to school, she gets notified that UVA has rejected her.

Lara Jean is depressed after being rejected from the college. She decides to make Peter a scrapbook to take with him to UVA without her. Lara Jean gets accepted into the College of William and Mary and decides to go there for a year and then transfer to UVA for her sophomore year. Lara Jean’s sister Margot comes home for the break with her boyfriend Ravi. Margot does not like how close Trina and her father have gotten. She urges Lara Jean to give William and Mary a chance, but Lara Jean does not take her advice. Their father tells them that he wants to propose to Trina and the girls are happy except for Margot, who only pretends to be happy for him. Margot goes back to Scotland and their father proposes to Trina, who says yes. Lara Jean starts planning the perfect wedding.

Trina sells her house and moves in with Lara Jean and her family. Lara Jean goes to Peter’s lacrosse game and sits next to his mother, who tells her that it might be for the best that she did not get into UVA. When Lara Jean gets up to buy popcorn, she sees a man who looks just like Peter. He turns out to be Peter’s estranged father who left the family and started a new one. He wants to reunite with Peter, but Peter is not open to a reunion. He asks Lara Jean not to tell Peter that he was there, and Lara Jean agrees. Later that week, Peter tells Lara Jean that his father showed up at his house. Lara Jean encourages him to give his father a chance, but Peter is resistant. Lara Jean and Peter go to prom together and dance all night. Afterwards, Peter plans a surprise birthday party for Lara Jean and recreates the iconic cake scene from Sixteen Candles. Peter goes to a lacrosse training camp for the weekend and Lara misses him. When Lara Jean gets an acceptance letter from the University of North Carolina, a prestigious school, she takes an impromptu road trip to the campus with her friend Chris. Lara Jean decides she wants to go to school at UNC and give it a real chance. Her family is excited for her.

When Lara Jean tells Peter about UNC, he is less than thrilled. He gets drunk at a party and cannot drive her home. She continues to encourage him to invite his father to graduation but he is resistant; he does however offer to throw a bachelor party at a steak house for Lara Jean’s father. When yearbooks are handed out, Lara Jean gives hers to Peter to sign, but he cannot think of anything to write so he brings it home with him. He keeps telling her that he has forgotten it until the last day of school, when she goes to his house and sees that he has not written anything. She is upset, but he tells her that he has invited his father to graduation so she is happy for him. The day of graduation, Lara Jean’s family members give her gifts and her father surprises her with a month-long trip to Korea. At graduation, Peter’s father does not show up. Lara Jean feels terrible, but does not have enough time to console him.

Peter arrives early in the morning to pick up Lara Jean and take her to Beach Week. When he finds out that Lara Jean is going to Korea for most of the summer, he is upset. During Beach Week, they get in a fight at a party. When Lara Jean tries to apologize with French toast, Peter refuses to eat anything. Later that night, they make up and Peter walks Lara Jean to her beach house. She invites him up and tells him she wants to lose her virginity to him. He says he thinks that she is only doing it because they got into a fight and asks her if she even wants to transfer to UVA anymore. She says that she does not know and then he leaves. Lara Jean drives home with her friends and Peter texts her to apologize and to ask her to hang out that night. Then his mother calls Lara Jean and invites her over. She tells Lara Jean that Peter has been talking about transferring to UNC, which means he would lose his lacrosse scholarship. Lara Jean assures her that she will talk to Peter, but his mother suggests that they should break up so Peter can focus on school and lacrosse. Lara Jean leaves and cancels her plans with Peter. The next night, she attends Trina’s bachelorette party at a karaoke bar and steals sips of drinks. She gets drunk and when Peter shows up, she breaks up with him. The next day, she wants to take it back, but fears he will not accept her apology or take her back. At her father’s wedding, Peter shows up and he and Lara Jean decide to get back together and to try to make a long-distance relationship work. He gives her back her yearbook, inside of which he has written a list of promises: he will write her a letter every week; they will call each other every day; they will always tell the truth; and he will love her forever. On the night before Lara Jean goes to college, she goes to the lake to watch a meteor shower with Peter and they are as in love as ever before.

More summaries and resources for teaching or studying Always and Forever, Lara Jean.