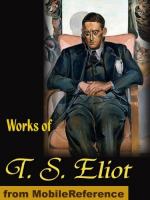 1915: The first long-distance telephone call from New York to San Francisco was made. Alexander Graham Bell repeated the words he spoke in 1868 over the first working model ("Mr. Watson, come here... ") to Thomas Watson in San Francisco. The call took 23 minutes to go through.

Today: International telephone calls, as well as cellular communications and public phones on airplanes, all are transmitted by having their signals bounced off of satellites orbiting the earth.

1916: The new Ku Klux Klan was organized, taking its name from a I 860s group and receiving an official charter from the state of Georgia. Throughout the following fifty years, the Klan was responsible for a reign of terror against nonwhites and non-Catholics, committing lynchings and fire bombings across the south with little interference from the law.