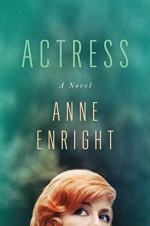 Anne Enright
This Study Guide consists of approximately 46 pages of chapter summaries, quotes, character analysis, themes, and more - everything you need to sharpen your knowledge of Actress.

This detailed literature summary also contains Quotes and a Free Quiz on Actress by Anne Enright.

The following version of this book was used to create the guide: Enright, Anne. Actress. W.W. Norton, 2020.

Enright's novel is divided into 27 unnumbered chapters. It tells the story of Norah FitzMaurice and her celebrity actress mother, Katherine O'dell. Norah is the narrator of the novel, and she tells her story in a non-linear fashion, in which each description of a past event is presented in a form of spontaneous recollection. As a result, the novel follows a stream-of-consciousness pattern. The events of the novel take place in Ireland for the most part. Some of the scenes from Katherine's career are set in New York and Los Angeles.

The novel opens with the narrator, Norah, on the cusp of old age, telling the reader that strangers often ask her about her mother. After sharing an anecdote of what she was like at breakfast, a photo that she is holding causes her to recall her 21st birthday party, which gives a snapshot of her mother's career and social milieu at the age of 45. During this recollection, Norah shares that her mother went crazy in the years that followed, and that she was admitted to an asylum after shooting her producer, Boyd O'neill, in the foot.

After the day Norah spends reminiscing over the photo, she is visited by a graduate student, Holly Devane, who is gathering information about Katherine for her doctoral thesis. Norah, who is a writer, is displeased with Holly's approach, and so she sets herself the task of writing about her mother. Norah goes to visit Herne Hill in Britain, where he mother was born. In the narrative that follows we learn about Norah's family history, and her mother's upbringing. These accounts are interspersed with descriptions and references to Norah's own life, which include addresses in the second person that Norah makes directly to her husband. On this trip to Herne Hill, Norah also reunites with her mother's friend from youth, Pleasance McMaster.

While growing up, Norah is often left under the care of others while her mother is performing in America, which leads to the two having somewhat of an estranged relationship. The reader learns that Norah does not know who her father is as well, and the narrative is interrupted for some time in order to describe how as an adult, Norah went in search of her father's identity. From there the focus shifts back to Norah's college years and the development of her experiences with sex and men. Here the reader learns about Norah's early relationship with her husband, and the intermittences they experienced with each other over the years. At first Katherine is abhorred by the thought of Norah having sex, but she comes to terms with it and it strengthens their relationship.

Norah then conveys to the reader her life as an adult after college, and how she was raped by her mother's friend, Niall Duggan. During this time, Katherine is exploring new artistic outlets, and begins consulting frequently with a priest, Father Des. Norah comes to understand that the two are having an affair. As Katherine's career starts to wane due to her aging, her relationship with Boyd becomes strained, and she shoots him in the foot. After she is convicted, she is admitted into an asylum.

During these years, Norah breaks off a long-term relationship with a man she had intended to marry. In the aftermath of this, she visits her mother in the asylum and rekindles her relationship with the unnamed character who becomes her husband. After some time, Katherine passes away. While rummaging through some of her old things, Norah, around the time at which she is narrating these events, finds an old notebook of Katherine's, in which she describes that she had been raped. It is suggested that the rapist was Norah's father. Norah then writes a message to Holly that she does not send, in which she rebuts Holly's writings about Katherine. Norah then walks down to the sea.

More summaries and resources for teaching or studying Actress.