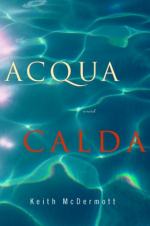 The novel's setting in time is arguably one of the most significant components of its setting, given the novel's narrative and thematic content - specifically, its story of a gay man recovering from a near-death experience with HIV-AIDS. The mid-1990's were a time of transition in the history of that disease: up to that point, there had been no cure (and there still is, technically, no such thing), but there was just beginning to be positive results in developing preventative medical treatment. Gerald, the novel's central character, is part of an experiment testing such a treatment, meaning that its promise of a new lease on life and Gerald's experience of a new lease on his creative and sexual lives become parallel and entwined components of the narrative's core elements.

The novel's prologue is set in New York City, where Gerald makes his home and where he...