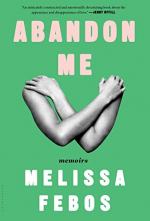 Melissa Febos
This Study Guide consists of approximately 69 pages of chapter summaries, quotes, character analysis, themes, and more - everything you need to sharpen your knowledge of Abandon Me.

Abandon Me Summary & Study Guide includes comprehensive information and analysis to help you understand the book. This study guide contains the following sections:

This detailed literature summary also contains Topics for Discussion on Abandon Me by Melissa Febos.

The following version of this book was used to create this study guide: Febos, Melissa. Abandon Me. Bloomsbury Publishing Plc, 2017. First edition. The publication page contains this note from the author: “Many names and identifying characteristics have been changed to protect the identities of characters herein. Time has been compressed and dialogue approximated. The events are as true to my memory as possible. Literary representation is unavoidably reductive, and for that I am sorry. I had to leave out so much.”

NB – Present tense narration in the summary evokes the immediacy and energy of the author’s writing in the relevant sections – more “in the moment” than reflective, analytical, or contemplative, as much of the other sections of the narrative tend to be.

The first portion of the book, almost the first half, is taken up with a series of memoirs on a variety of subjects, each exploring themes of connection and abandonment from slightly different perspectives. These range from the author’s exploration of reading as a means of finding and maintaining connections (“The Book of Hours”), through explorations of finding both connection and abandon(ment) in her relationships with her body and members of her family (“Leave Marks” and “Call my Name”), and into explorations of addiction and mental illness as forms of feeling abandoned (“Labyrinths” and “Girl at a Window.” In each of these memoirs, the author’s fragment-and-collage style manifests the book’s overall thematic interest in finding meaning and truth in relationships – in this case, emerging from relationships between ideas and experiences, as opposed to relationships between people.

The latter portion of the book, almost its latter half, is taken up with a single memoir, again structured in the author’s fragment-and-collage style. This memoir, entitled “Abandon Me,” considers two main narrative threads – the beginning, middle, and end of a romantic relationship between the author and a woman named Amaia; and the author’s establishment of connection and relationship with her birth father, and by extension, various aspects of her personal and cultural heritage.

The relationship with Amaia, as considered and portrayed by the author, is complex, intense, and results in the author losing a clear sense of who she is as an individual. Eventually, and as the memoir reveals, she managed to emerge from the situation more knowledgeable about herself. This increased sense of self, and the development and acceptance of that sense, is echoed and paralleled in the story of the author’s developing relationship with her birth father, in which she portrays herself as coming comes to terms with aspects of her personal and cultural identity that she initially tried to avoid integrating into her life, but which, after time, she came to accept.

More summaries and resources for teaching or studying Abandon Me.

Abandon Me from BookRags. (c)2022 BookRags, Inc. All rights reserved.