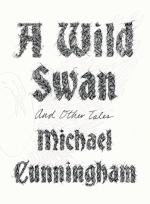 A Wild Swan: And Other Tales Characters

The narrator in the first story appears as nothing more than a disembodied voice, inviting the reader to ponder the motives behind those who cast spells and curses upon the few blessed and gifted people in the world. Setting a rhetorical and analytical tone from the beginning, the narrator prompts the reader to question his own assumptions and innermost thoughts.

The narrator is unique in this story in that his voice is the sole pervasive one throughout each tale, observing without participating in the stories and lives of all the other characters.

Prince with a Swan's Wing

In the story “A Wild Swan,” this prince is one of twelve brothers who had a spell cast upon them turning them into swans. When his sister tried to turn them all back into human form she only partly succeeded with this prince, who retained a swan's...