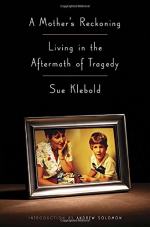 Located in Littleton, Colorado, Columbine High school is the location where the tragic shootings occurred. On April 20, 1999, Eric Harris and Dylan Klebold killed 12 students and a teacher, and wounded 24 others, before taking their own lives. The school itself was a large institution with more than 2,000 students. It was reported that the school culture of bullying was part of the reason that led Eric and Dylan to plan the massacre. The school is noted as being academically excellent and deeply conservative with a “pervasive culture of bullying—in particular, a group of athletes who harassed, humiliated, and physically assaulted kids at the bottom of the social ladder” (187).

The city of Littleton Colorado acts as the primary setting of the memoir as well as being the place where Sue and Tom Klebold opted to raise their family. The overall community in Littleton is often described...