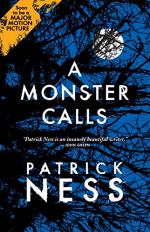 Conor's house sits near a hillside with an old church yard. This is where the yew tree stands, visible from Conor's home. It is also the site of two of the Monster's stories. This connection lends old-world feeling to the Monster, who claims residence on the earth long before people. For Conor to recognize the hillside in the story dreams also highlights the blurred line between dreams and reality.

Grandma's house is important because it is the scene of one of Conor's dream-states, where in the dream he acts out his aggression and finds that he was actually doing so in reality. In this case, he finds he has destroyed his grandmother's sitting room. Conor’s grandmother’s house also represents the future, where Conor will live after his mother’s death. This may be one reason that Conor expresses his resentment of the house...