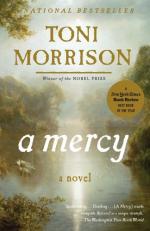 Slavery is one of the main themes in Toni Morrison's A Mercy. The majority of the characters, including Florens, are slaves.

Slaves are put into two categories: slaves and indentured servants. Whereas slaves are bought and sold, indentured servants are created when people commit to a certain number of years' work in exchange for a loan or other favor which usually entails passage to America.

The main slaves in the story include Minha mãe, Florens, Lina, and Sorrow. The indentured servants on the Vaark farm are Willard and Scully.

Slaves are often treated as savages and in many cases, worse than animals. The best example of...

A Mercy from BookRags. (c)2022 BookRags, Inc. All rights reserved.