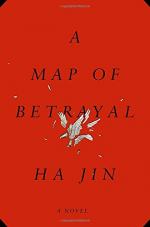 A Map of Betrayal Summary & Study Guide includes comprehensive information and analysis to help you understand the book. This study guide contains the following sections:

This detailed literature summary also contains Quotes and a Free Quiz on A Map of Betrayal by Ha Jin.

“Map of Betrayal” by Ha Jin is the fictional story of Weimin “Gary” Shang who was a secret agent for Red China. His mission was to infiltrate the Eighth Bureau of the Chinese Nationalists’ internal security, the training organization for new recruits. Weimin is a well-educated young man and speak English fluently which is one of the reasons he is chosen for a much bigger job.

Weimin is urged by his superiors to apply for a foreign service position. It is suggested that he use the first name, Gary, so that he will appear less exotic to the Americans, the target that the Red Chinese have in mind for Gary Shang. He is accepted into foreign service and his first assignment for the Americans is as a radio translator in Okinawa. Gary is a young man who misses his family and his wife of just a few months. Although his marriage was arranged, he likes his attractive young wife, Yufeng and longs to return to his homeland and make a life with her.

However, destiny steps in and when the Americans decide to move operations out of Japan, they ask Gary to go with them. He wants to return to China but his operators cannot allow the homesickness of one of their low-level spies to make them miss this delicious opportunity. He is ordered to accept the position and move to the United States with his agency.

Fast-forward many years into the future. Lilian, Gary’s daughter, is an American who is teaching American history at Beijing Teachers College. She and her husband live in Maryland but she has accepted the teaching assignment in China because she has another important reason for being in the area. She is determined to uncover her father’s story – what really happened to him, what had been required of him, how his country used him and how it impacted him emotionally and psychologically. The two stories are told in tandem. The narrator’s description of the events occurring in Gary’s life during certain eras is followed by Lilian’s interpretation of the same timeframe. While the narrator’s account is based on “facts,” Lilian is focused on the danger and emotional stress that her father was forced to live under for literally decades. She feels for her father who she had a close relationship with.

Although she learns of Gary’s first wife and children – children Gary never got to see – and discovers that he had a mistress during his marriage to her mother, Lilian demonstrates her compassion and understanding for a man who was lonely and isolated and afraid and lived a lie for the majority of his life. The details of his eventual capture by the FBI, trial and imprisonment are made more heartbreaking when she learns that the Chinese government completely abandoned him during his ordeal.

Lilian is able to locate the remains of Gary’s first family. His wife had died years before. However, she is able to contact his first child, a daughter and her step-sister, Manrong, in China. She learns that Manrong had a twin, a boy, who died most probably of starvation when he was twelve. A bright spot in Lilian’s long pathway to understand the story of her father is the discovery of Manrong’s children, Juli and Benning, who are Lilian’s only niece and nephew.

Lilian develops a relationship with both of these youngsters. She is also able to potentially save Benning’s life. Ben is living in Boston and ultimately reveals that he is following in his grandfather’s footsteps. He is a low-level spy who the FBI is on to. Lilian warns him and convinces him that another member of the Shang family should not destroy his life for the sake of a country that will only use and ultimately abandon him.