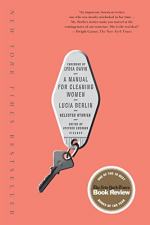 Lucia Berlin Writing Styles in A Manual For Cleaning Women

Lucia Berlin
This Study Guide consists of approximately 48 pages of chapter summaries, quotes, character analysis, themes, and more - everything you need to sharpen your knowledge of A Manual For Cleaning Women.

The point of view of the collection shifts from story to story. Thirty-six of the forty-three stories are in first person. The woman narrating the stories varies in age from a teenage girl to a middle-aged woman to an older woman.

While the character names change, the voice used throughout appears consistent. Lucia, Lou, Lu, Delores, and Eloise all use a similar voice and share a similar perspective. The stories “Carmen” and “Mijito” are told from the perspective of young pregnant women who are illegal immigrants.

The remaining seven stories are in third person. The stories use versions of the same female character throughout. The only male narrator appears in “Let Me See You Smile”, which employs an alternating narration in which the other narrator is female. This story is also in the first person.

The stories are largely set in Texas, New Mexico, and...

More summaries and resources for teaching or studying A Manual For Cleaning Women.

A Manual For Cleaning Women from BookRags. (c)2022 BookRags, Inc. All rights reserved.