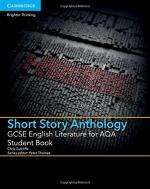 Kazuo Ishiguro
This Study Guide consists of approximately 18 pages of chapter summaries, quotes, character analysis, themes, and more - everything you need to sharpen your knowledge of A Family Supper.

This detailed literature summary also contains Quotes and a Free Quiz on A Family Supper by Kazuo Ishiguro.

The story begins with the protagonist describing fugu (an edible fish) and its dangerous properties. He then explains how his mother died recently because she ate fugu and was poisoned by it. The protagonist returned to Tokyo from California to see his sister, Kikuko, and his father. Upon the protagonist’s arrival, he made small talk with his father, talking about his father’s business partner, Watanabe, who killed himself and his family.

When the food was ready, the father encouraged the protagonist to eat much of the fish that he and Kikuko had prepared. During the meal, the protagonist noticed a photograph of his mother, who resembled the ghost he used to see when he was younger. After the meal, Kikuko prepared some tea while the protagonist and his father spoke about the protagonist’s future plans. His father asked whether he would return to California or stay in Tokyo.

Hints throughout the story suggest that the father plans to kill himself and his children with fugu.

More summaries and resources for teaching or studying A Family Supper.