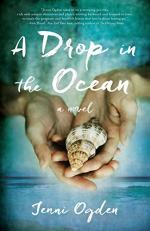 A Drop in the Ocean Summary & Study Guide

Jenni Ogden
This Study Guide consists of approximately 46 pages of chapter summaries, quotes, character analysis, themes, and more - everything you need to sharpen your knowledge of A Drop in the Ocean.

A Drop in the Ocean Summary & Study Guide Description

A Drop in the Ocean Summary & Study Guide includes comprehensive information and analysis to help you understand the book. This study guide contains the following sections:

This detailed literature summary also contains Quotes and a Free Quiz on A Drop in the Ocean by Jenni Ogden.

The following version of this book was used to create this Study Guide: Ogden, Jenni. A Drop in the Ocean. She Writes Press. 2016. Paperback.

After 49-year-old Anna loses her grant to continue her research on Huntington's disease, her best friend Fran convinced Anna to rent a cabin on Turtle Island in the Great Barrier Reef. Once there, Anna meets all of the Islanders and develops a close friendship with a woman named Pat. The reader learns that Anna had a challenging childhood, as her father, Harry - whom she considered her best friend - died a few years after he and Anna's mother separated. This causes Anna to be resentful of her mother, who was very different from Harry. She also develops a fear of snorkeling and diving, but Pat, and later Tom, helps her overcome this fear as the novel progresses.

One day, during one of Anna's daily walks, she meets Tom, a researcher who studies the nesting habits of the turtles that visit the island. Despite both his and Anna's weariness around people, the two develop a quick relationship and Tom asks her to join his turtle survey team. This culminates in a kiss on New Year's Eve, followed by a trip to a deserted island called Lost Cay. It is there where they make love for the first time, and Anna realizes she is in love with him. However, Tom is hesitant to commit to a long term relationship for reasons Anna does not understand.

Later, Anna meets a 19-year-old camper named Kirsty who is pregnant with a married man's child. Anna understands her, as Anna had been forced to have an abortion after she had an affair with a married man. Five weeks before Kirsty's due date, Cyclone Hamish hits the island and Kirsty goes into labor. Anna helps deliver the baby, and Kirsty names him Hamish. Anna lets them live with her and treats Hamish like her own grandson.

A few days later, Tom returns to the island with his boss, Collette. Anna immediately dislikes her, especially when Collette tells Anna her help is no longer required. However, when Tom takes both of them to Lost Cay, Anna earns Collette's respect when she attempts her first dive.

Then, Anna receives a letter from Fran detailing her husband, Greg's, multiple affairs that she just learned about. Since Fran has three children, she is hesitant to divorce him and wants Anna's advice. At first Anna thinks she should go forward with the divorce. However, Anna tells Fran about her former husband who cheated on her three times, but she stayed with him, because she loves him and did not want to affect the children. Anna writes a letter, and - many months later - learns that Fran stayed in the marriage thanks to Anna's advice.

In May, Pat is diagnosed with stage two cancer. Anna accompanies her to the initial tests, but leaves her with her family for surgery and the initial round of chemo. Anna then uses an address her mother sent her to try and meet her father Harry's family, as he ran away from home at 17 claiming that his father was an alcoholic. Harry's sister Mary, however, tells Anna that it was actually Harry who was the problem; he left the family after coercing a girl he got pregnant to have an abortion and his mother passed away. Anna struggles to forgive him.

When she returns to Turtle Island, Anna meets a man named Morrie with clear signs of Huntington's disease who calls himself Tom's friend. Anna is shocked when she has a wonderful conversation with Morrie, as she had always been unwilling to meet the subjects of her own study. Anna realizes that she was scared of them, and hates that it took her 25 years to develop a relationship with someone who has the disease.

When Tom and Anna get into a fight when Tom says he will not continue a relationship with her, Morrie reveals that he is actually Tom's cousin. Because Tom's father has Huntington's, there is a chance that Tom does as well. Neither he or his sister, Hillary, have ever been tested. Anna tells him that she will love him no matter what, but she secretly worries that she will not be able to handle his slow decline.

Many weeks later, Anna learns that her mother - who Anna has not seen in many years - had a heart attack. At first, Anna does not want to go, but she is eventually convinced by Pat and Tom after getting uncharacteristically drunk. Anna arrives in Shetland and feels guilty that she has not visited sooner. She meets her mother's new husband, Magnus, and is surprised at how warmly he greets her. While Magnus is working as a fisherman, Anna and her mother develop a true relationship where Anna apologizes for treating her mother so poorly. Her mother is just happy to have Anna back. While on a hike along the coastline, Anna tells her mother about Tom. Her mother encourages her to tell Tom her feelings so that she does not live life with regrets.

However, when Anna returns to Turtle Island, she learns that Tom's father has passed away. Anna goes to Sydney for the funeral and meets the rest of Tom's family. She returns to Turtle Island for the last month of her tenure. When Tom returns, he reveals that he tested positive for Huntington's disease. He admits he would have married Anna had he been negative, but does not want her to suffer like his mother did as his father declined. When Anna leaves the island, they share a final kiss.

Twenty-five years later during one of Anna's frequent trips to the island, she details how much life has changed since her first visit. Fran is happier, having outlives her husband by 15 years. Hamish became a doctor and visits Anna often in Boston as he considers her to be his grandmother. Anna herself became a medical practitioner and works with a specialist clinic as a genetic counselor and tester. Tom's Huntington's symptoms manifested in his early fifties. However, there are new drugs to keep his mental symptoms under control. Anna knows he is testing his cognitive abilities every day, and will end his life when his mental health declines too far. Anna knows she will be there for his final day, as she still loves him.

More summaries and resources for teaching or studying A Drop in the Ocean.

A Drop in the Ocean from BookRags. (c)2022 BookRags, Inc. All rights reserved.