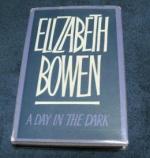 Introduction & Overview of A Day in the Dark

Elizabeth Bowen
This Study Guide consists of approximately 18 pages of chapter summaries, quotes, character analysis, themes, and more - everything you need to sharpen your knowledge of A Day in the Dark.

A Day in the Dark Summary & Study Guide Description

A Day in the Dark Summary & Study Guide includes comprehensive information and analysis to help you understand the book. This study guide contains the following sections:

This detailed literature summary also contains Bibliography on A Day in the Dark by Elizabeth Bowen.

"A Day in the Dark" was first published in the journal Botteghe Oscure in 1955 and later in a collection of Elizabeth Bowen's short stories in 1965. Bowen gave the title of the collection the same name as the story, which she placed at the very end as an important closing statement to the work. "A Day in the Dark," considered a "timeless gem" by many readers including F. L. H. Jr. in his review of the collection, focuses on one afternoon in the life of a fifteen-year-old girl in a small town on the west coast of Ireland. What she learns that day forever changes her perspective on the relationships between men and women.

Barbie sets out to ask Miss Banderry, a descendent of one of the town's wealthiest families, a favor for her uncle, for whom she feels an innocent but powerful love. During her conversation with Miss Banderry, however, Barbie learns of the darker side of human passions, which fills her with a sense of dread. By the end of the story, she recognizes that she cannot retreat into the safety of her childhood beliefs after being indoctrinated into the complexities of the adult world.

More summaries and resources for teaching or studying A Day in the Dark.

A Day in the Dark from Gale. ©2005-2006 Thomson Gale, a part of the Thomson Corporation. All rights reserved.