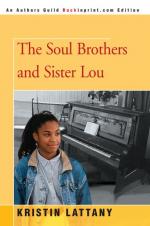 The story is set in an area called Southside in an unnamed city in the northern United States during the 1960s. Plagued with gang violence, crime, and police brutality, Hunter's locale is reminiscent of many large, urban neighborhoods where the vast majority of the residents are poor and black.

Most of the action in the novel takes place in the Southside clubhouse for teen-agers that Louretta helps to establish. Lou and her friends are sensitive to the racism in their community, and they are aware of the civil rights movement that is gaining momentum throughout much of the United States.

While the level of organized social activism in Southside is low,a few militant youngsters involved with the clubhouse print a newspaper containing articles urging adults to join them in protests against police...