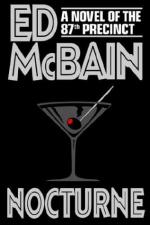 Ed McBain and Evan Hunter
This Study Guide consists of approximately 21 pages of chapter summaries, quotes, character analysis, themes, and more - everything you need to sharpen your knowledge of Nocturne.

Many of McBain's crime novels have been filmed both as Hollywood and as made-for-television movies. In fact, several of the 87th Precinct books were broadcast recently as a miniseries of sorts on television. Perhaps this is because writing under his real name of Evan Hunter, McBain has scripted widely for the screen and some of his skills as a writer of dialogue and creator of individual scenes is evident from his fiction.

Even those books which have not been adapted remain eminently cinematic.

Nocturne, however, has not yet appeared as a film.

More summaries and resources for teaching or studying Nocturne.

Nocturne from Gale. ©2005-2006 Thomson Gale, a part of the Thomson Corporation. All rights reserved.