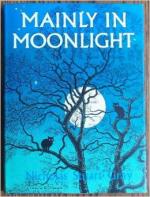 Choose from "According to Tradition," "The Man Who Sold Magic," and "The Thunder Cat." Which story makes most effective use of the surprise ending? Why did you choose the story you did?

2. To Gray, all species of cats, tame or wild, are creatures of magic. Use examples from the stories to describe the role played by cats in Gray's work.

3. In "The Sorcerer's Apprentices," Alain is described as a very powerful wizard. Besides the door that is locked with nine locks and nine spells, what are some other specific descriptive details that Gray uses to show the extant of Alain's power?

4. Gray believes that a person with power, magic or otherwise, should use that power responsibly. Which story characters do you think best demonstrate that idea...