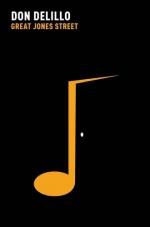 Don Delillo
This Study Guide consists of approximately 5 pages of chapter summaries, quotes, character analysis, themes, and more - everything you need to sharpen your knowledge of Great Jones Street.

While Endzone (1972) features a narrator who is essentially an innocent confronting a complex and malevolent world, like Candide, Great Jones Street offers an all-too-knowledgable narrator who expects the worst in every context except his own life, and who is startled repeatedly by the ability of his "culture to produce familiar people in unfamiliar roles." (Of course, Bucky never loses his cool, and so never acknowledges overtly his amazement.) Some die unexpectedly, others betray without warning, and almost all demonstrate that their own lives are not nearly so invulnerable as they had thought.

The satiric direction of Great Jones Street is, therefore, inward, rather than outward, since Bucky must necessarily correct his own misperceptions at every turn, whereas Gary Harkness's innocence provides a corrective vision of the world around him. In both, the pervasive irony engages and distances the reader simultaneously.

Great Jones Street from Gale. ©2005-2006 Thomson Gale, a part of the Thomson Corporation. All rights reserved.