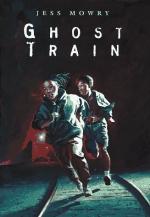 Jess Mowry
This Study Guide consists of approximately 11 pages of chapter summaries, quotes, character analysis, themes, and more - everything you need to sharpen your knowledge of Ghost Train.

1. What were liberty ships? Who designed them? Where were they built? What was their purpose?

Ghost Train 117 2. What railroad companies operated in Oakland during World War II? What were the engines they used? Which one of them would be the original for the one described in Ghost Train?

4. Ghost trains have been a popular part of American folklore since the 1800s.

What are some other stories or novels about ghost trains? How do they compare with Mowry's Ghost Train?

5. What were some of the achievements of African-American sailors during World War II?

6. Niya says that "I never knew a brutha who read books before .. . when he didn't have to." Without regards to race, how true to life is...

More summaries and resources for teaching or studying Ghost Train.

Ghost Train from Gale. ©2005-2006 Thomson Gale, a part of the Thomson Corporation. All rights reserved.