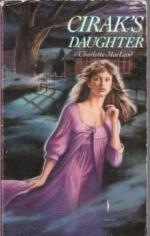 Charlotte MacLeod
This Study Guide consists of approximately 10 pages of chapter summaries, quotes, character analysis, themes, and more - everything you need to sharpen your knowledge of Cirak's Daughter.

Charlotte MacLeod was born on November 12, 1922, in Bath, New Brunswick, Canada. Her parents were Edward Philips and Mabel Maude MacLeod. After moving to the United States, she attended public schools in Weymouth, Massachusetts. She also attended what is now the Art Institute of Boston. A staff member of an advertising firm in Boston from 1952-1982, she has also published several mystery novels for adults as well as for young adults. In addition she has contributed short stories to many well-known magazines, including Good Housekeeping and Alfred Hitchcock's Mystery Magazine. Her mysteries are notable for their humor and for their portrayal of strong female characters. A few of her novels are published under the pen names of Matilda Hughes and Alisa Craig.

More summaries and resources for teaching or studying Cirak's Daughter.

Cirak's Daughter from Gale. ©2005-2006 Thomson Gale, a part of the Thomson Corporation. All rights reserved.