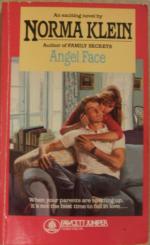 The novel's title comes from the nickname of the main character and first-person narrator, Jason, who is affectionately called "Angel Face" by his mother and sarcastically called the same by his eighteen-year-old brother Ty. Jason's obsession through most of the novel seems to be to "make it" with his girlfriend. When Jason is not thinking about sex, he is smoking pot.

Meanwhile, his brother Ty is practically living at his girlfriend's house, and while sex is not graphically described, there are many references to it.

In fact, the mother makes numerous references to the father's and sons' sexual experiences, and she does not waste words.

The mother and father are splitting up. The very first words...

More summaries and resources for teaching or studying Angel Face.