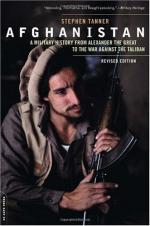 Charles Mercer
This Study Guide consists of approximately 10 pages of chapter summaries, quotes, character analysis, themes, and more - everything you need to sharpen your knowledge of Alexander the Great.

Charles Edward Mercer was born on July 12, 1917, in Stouffville, Ontario. He received his bachelor's degree cum laude from Brown University and began working as a reporter for the Washington Post in 1939. During World War II he served as a lieutenant in the United States Army military intelligence. After the war he worked for the Associated Press in New York City as a reporter, feature writer, and television columnist. In 1949 Mercer became an editor for G. P. Putnam publishers, meanwhile devoting more and more time to free-lance writing. He has written many stories and articles for national magazines, as well as many adult novels. The best known of his adult novels, Rachel Cade (1946), was made into a film called The Sins of Rachel Cade (1961), starring Angie Dickinson. He has also written a significant number of nonfiction works, including four biographies, for young adults.

More summaries and resources for teaching or studying Alexander the Great.

Alexander the Great from Gale. ©2005-2006 Thomson Gale, a part of the Thomson Corporation. All rights reserved.