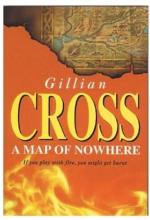 Books Like A Map of Nowhere by Gillian Cross | Suggested Reading

Gillian Cross
This Study Guide consists of approximately 17 pages of chapter summaries, quotes, character analysis, themes, and more - everything you need to sharpen your knowledge of A Map of Nowhere.

Cross typically writes about disturbing situations. On the Edge is a thriller that involves moral choices, family relations, and identity. A teenager named Tug must struggle for his identity when he is captured by terrorists who make him treat them as his parents. A girl named Jinny chooses to become involved when she suspects what may be going on.

New World is a suspenseful novel constructed around the idea of playing a game. Two teenagers named Miriam and Stuart are selected to test a virtual-reality game before it is placed on the market. Along with a third teenager who enters the game, they discover that they are really being manipulated. The game's creators secretly intend to test the players' fears.

More summaries and resources for teaching or studying A Map of Nowhere.

A Map of Nowhere from Gale. ©2005-2006 Thomson Gale, a part of the Thomson Corporation. All rights reserved.