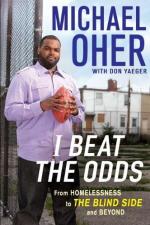 This Study Guide consists of approximately 145 pages of chapter summaries, quotes, character analysis, themes, and more - everything you need to sharpen your knowledge of The Homeless.

In Orlando, Florida, being homeless is becoming increasing difficult. Since February 1997, anyone wishing to panhandle on the streets must wear a laminated panhandling permit issued by the police department. Homeless people who hold permits are restricted from panhandling in certain areas—including bus depots, train stations, public parks, and sports arenas—and must follow a lengthy set of guidelines. They cannot, as commentator Eric Brosch writes,

approach people at ATMs or in vehicles, or come within three feet of the person solicited. They can’t use obscenities, follow people, or work in pairs. Panhandlers...

More summaries and resources for teaching or studying The Homeless.

The Homeless from Greenhaven. ©2001-2006 by Greenhaven Press, Inc., an imprint of The Gale Group. All rights reserved.