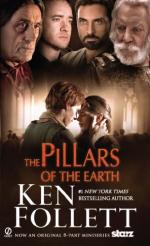 This Study Guide consists of approximately 179 pages of chapter summaries, quotes, character analysis, themes, and more - everything you need to sharpen your knowledge of Global Resources.

“Natural resources are being depleted most rapidly in those countries where populations are growing in leaps and bounds.”
—Paul Kennedy

“To our knowledge, the world has never run out of a non renewable resource, and there are no signs that it is doing so now.
—Jane S. Shaw and Richard L. Stroup

In his famous text An Essay on the Principle of Population (1798), English clergyman Thomas Malthus argued that the human population tends to increase more rapidly than food supplies and that population growth would ultimately lead to disease, starvation, and war. Malthus’s argument remained popular for decades, and his ominous forecasts are currently mirrored in various predictions that the human population will be unable to sustain itself in the future.

Many researchers and scientists calculate that because the world’s population could double to more than ten billion as...

More summaries and resources for teaching or studying Global Resources.

Global Resources from Greenhaven. ©2001-2006 by Greenhaven Press, Inc., an imprint of The Gale Group. All rights reserved.