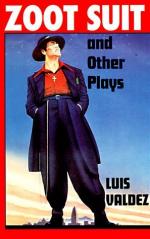 Zoot Suit - Research Article from Literature and Its Times

Bor n in 1940, Luis Valdez was three years old and lived in Los Angeles when the zoot suit riots erupted there. Valdez envisioned writing about them someday, then realized this dream by dealing with the incident in a drama. When Zoot Suit first appeared, Valdez had already established himself as the father of modern Chicano theater and a playwright who often dramatized the Latino's struggle against oppression in the United States. In Zoot Suit, Valdez dramatizes a portion of American history in which anti-Mexican prejudice affected the courts, the press, and the attitudes of the general public.

The zoot suits. The term pachuco comes from the Mexican city Pachuca, a poor, overcrowded community with a reputation for being a tough and sometimes dangerous place. To many older Mexicans, the term originally meant the...

Zoot Suit from Gale. ©2008 Thomson Gale, a part of the Thomson Corporation. All rights reserved.