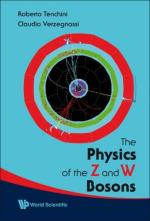 This encyclopedia article consists of approximately 1 page of information about Z Bosons.

Z bosons are heavy neutral particles that mediate the weak nuclear interaction. In standard high-energy units, they have a mass of 92 GeV. The Z boson has no charge, and like the photon, it is its own antiparticle. Z bosons interact very much like photons, except that their heavy mass makes the range of the weak force much shorter. The Z bosons are some of the heaviest elementary particles, with a mass comparable to that of a Niobium nucleus. They have a very short lifetime of about 10-27 seconds, which requires that they be detected by looking for specific decay signatures in particle detectors. They were predicted to exist in the late 1960s and early 1970s by the newly created standard model, and were eventually detected in the mid-1980s at the large electron positron collider, LEP, at the European Organization for Nuclear Research (CERN) near Geneva, Switzerland.

More summaries and resources for teaching or studying Z Bosons.

Z Bosons from Gale. ©2005-2006 Thomson Gale, a part of the Thomson Corporation. All rights reserved.