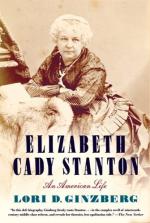 This encyclopedia article consists of approximately 4 pages of information about Woman&#x0027;s Rights Movement.

In mid-July, 1848, Elizabeth Cady Stanton, Lucretia Mott, Jane Hunt, and Martha Coffin Wright sat around a mahogany table in Mary Ann McClintock's parlor in Waterloo, New York, writing a Declaration of Sentiments calling for changes in American law and custom that would grant women rights that were equal to those of free, white men, rights denied to women for centuries.

Sensitized to gender discrimination partly as a result of their participation in the abolitionist movement, they had a wide variety of complaints. They pointed out that being denied the right to vote, women had no voice in the passage of the laws they were expected to obey. They charged...

Woman's Rights Movement from Macmillan. Copyright © 2001-2006 by Macmillan Reference USA, an imprint of the Gale Group. All rights reserved.