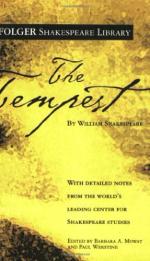 Walter William Herbert - Research Article from Science and Its Times

This encyclopedia article consists of approximately 2 pages of information about Walter William Herbert.

Walter William Herbert, also known as Wally Herbert, led the first surface crossing of the Arctic Ocean from Alaska, via the North Pole, to Spitzbergen, Norway. In addition to that historic journey, which took place in the late 1960s, he has led and participated in numerous exploratory trips in the Arctic and Antarctic regions. Among these was the first circumnavigation of Greenland by dog sledge and skin boat, a feat undertaken during the late 1970s.

Herbert was born on October 24, 1934, the son of Walter and Helen Herbert, in York, England. Educated in Lichfield, Staffordshire, England, he served in the Royal Engineers of the British army from 1952 to 1955. After his military service ended, he embarked on the first of his many trips to the far reaches of the planet, as a surveyor on the Falkland Islands Dependencies Survey from 1955 to 1958.

In 1960 Herbert was part of an expedition to Lapland and Spitzbergen, and from 1960 to 1962 worked as a surveyor with the New Zealand Antarctic Expedition. He spent the years that followed planning and preparing for his trans-Arctic expedition, and from 1966 to 1967 tested equipment and techniques in northwestern Greenland. Then came his great Arctic trek, which Britain's Prince Philip—Herbert's patron—described as "among the greatest triumphs of human skill and endurance."

In 1969, after he returned to England, Herbert married Marie McGaughey, a writer, and they had two children. In 1971 he was back in the frozen north, leading an expedition to northwestern Greenland to make a film about polar Eskimos. This project lasted nearly two years; then, in 1975, he led an expedition to Lapland. During the following years, he prepared for his circumnavigation of Greenland by dog sledge and skin boat, which he completed in the period from 1977 to 1979. He also led several short expeditions to Greenland in the early 1980s.

Herbert published his first book, A World of Men, in 1969, and has produced a number of works since, including Across the Top of the World (1969), The Last Great Journey on Earth (1971), and the novel A Noose of Laurels (1989). Both a mountain range and a plateau in the Antarctic have been named for him, as has a range of mountains in the Arctic.

Walter William Herbert from Gale. ©2005-2006 Thomson Gale, a part of the Thomson Corporation. All rights reserved.