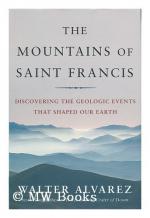 Walter Alvarez - Research Article from Science and Its Times

This encyclopedia article consists of approximately 1 page of information about Walter Alvarez.

American geologist who, with his father, Louis, discovered evidence that a large impact was the most likely cause of the mass extinction of dinosaurs. Alvarez analyzed samples from the Italian mountains that were deposited at the boundary between the Cretaceous and Triassic periods (known to geologists as the "KT boundary") and noticed high levels of iridium, commonly found in meteorites. This led to his discovery that a large meteor or a small asteroid impact caused the dinosaurs' extinction.

More summaries and resources for teaching or studying Walter Alvarez.

Walter Alvarez from Gale. ©2005-2006 Thomson Gale, a part of the Thomson Corporation. All rights reserved.