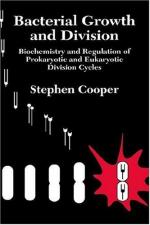 This encyclopedia article consists of approximately 2 pages of information about Viable but Nonculturable Bacteria.

Viable but nonculturable bacteria are bacteria that are alive, but which are not growing or dividing. Their metabolic activity is almost nonexistent.

This state was recognized initially by microbial ecologists examining bacterial populations in natural sediments. Measurements of the total bacterial count, which counts both living and dead bacteria, are often far higher than the count of the living bacteria. At certain times of year, generally when nutrients are plentiful, the total and living numbers match more closely. These observations are not the result of seasonal "die-off," but reflect the adoption of an almost dormant mode of existence by a sizable proportion of some bacterial populations.

A viable but nonculturable bacteria cannot be cultured on conventional laboratory growth media but can be demonstrated to be alive by other means, such as the uptake and metabolism of radioactively labeled nutrients. Additionally, the microscopic examination of populations shows the bacteria to be intact. When bacteria die they often lyse, due to the release of enzymes that disrupt the interior and the cell wall of the bacteria.

The viable but nonculturable state is reversible. Bacterial that do not form spores can enter the state when conditions become lethal for their continued growth. The state is a means of bacterial survival to stresses that include elevated salt concentration, depletion of nutrients, depletion of oxygen, and exposure to certain wavelengths of light. When the stress is removed, bacteria can revive and resume normal growth.

The shift to the nonculturable state triggers the expression of some 40 genes in bacteria. As well, the composition of the cell wall changes, becoming enhanced in fatty acid constituents, and the genetic material becomes coiled more tightly.

The entry of a bacterium into the nonculturable state varies from days to months. Younger bacterial cells are capable of a more rapid transition than are older cells. In general, however, the transition to a nonculturable state seems to be in response to a more gradual change in the environment than other bacterial stress responses, (e.g., spore formation, heat shock response).

In contrast to the prolonged entry into the quiescent phase, the exit from the viable but nonculturable state is quite rapid (within hours for Vibrio vulnifucus). Other bacteria, such as Legionella pneumophila, the causative agent of Legionnaires' disease, revive much more slowly. The adoption of this mode of survival by disease-causing bacteria further complicates strategies to detect and eradicate them.

More summaries and resources for teaching or studying Viable but Nonculturable Bacteria.

Viable but Nonculturable Bacteria from Gale. ©2005-2006 Thomson Gale, a part of the Thomson Corporation. All rights reserved.