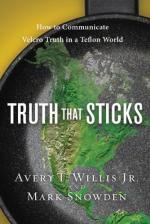 This encyclopedia article consists of approximately 1 page of information about Velcro.

Velcro is a fabric-strip fastener that takes the place of zippers, buttons, hooks, and snaps. It was invented by a Swiss engineer named Georges de Mestral. In 1948, on returning from a day's hunting in the Alps, de Mestral wondered what made burrs stick to his clothing and his dog. He examined a burr under the microscope and discovered that it consisted of hundreds of tiny hooks that would catch and hold onto anything with loops. De Mestral decided to design a fastener that worked on the burr principle.

It took de Mestral eight years to perfect his invention: two strips of woven nylon, one containing thousands of minute hooks and the other thousands of tiny loops. When pressed together, the strips quickly and strongly cling to one another, just like burrs to clothing, and could be meshed and separated thousands of times. De Mestral called his invention Velcro, from the French velours , "velvet," and crochet, "hook." Velcro was patented worldwide in 1957.

This basic patent ran out in 1978, so competing brands are now manufactured. However, velcro remains a registered trademark, so only the original bears the name. It is used in an amazing variety of applications, from the United States space program to shoelace replacement. The shear strength of Velcro (the force applied to parallel pieces pulled in opposite directions) is 10 to 15 pounds per square inch. This means that the more area of Velcro you have, the more shear strength exists--which accounts for the feasibility of Velcro jumping (leaping off a trampoline wearing Velcro-hook coveralls and sticking to a Velcro-loop-covered wall) as demonstrated on television by David Letterman.

More summaries and resources for teaching or studying Velcro.

Velcro from Gale. ©2005-2006 Thomson Gale, a part of the Thomson Corporation. All rights reserved.