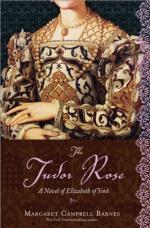 This encyclopedia article consists of approximately 16 pages of information about United Kingdom.

The United Kingdom of Great Britain and Northern Ireland occupies most of the British Isles, which lie off the northwestern coast of mainland Europe. The country is composed of four territories—England, Wales, Scotland, and Northern Ireland—with distinct religious histories. Nearly 84 percent of the people live in England, which has one of the most religiously diverse populations in western Europe. Although the English heritage is predominantly Christian, there are substantial numbers of Muslims, Hindus, Sikhs, Jews, and Buddhists. The Church of England is the largest Christian denomination.

The largest religious group in Scotland is the (Presbyterian) Church of Scotland, but there is a substantial Catholic minority...

More summaries and resources for teaching or studying United Kingdom.

United Kingdom from Gale. ©2005-2006 Thomson Gale, a part of the Thomson Corporation. All rights reserved.