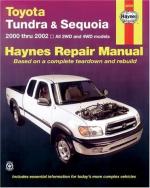 This encyclopedia article consists of approximately 2 pages of information about Tundra.

Tundra is the land type of the Arctic and subarctic regions. With long cold winters, short cool summers, and low precipitation, the soils of the tundra are thin or absent, and the vegetation is sparse. The tundra is therefore the ecosystem most susceptible to environmental damage. Because of the small number of plant and animal species and the fragility of the food chains, damage to any element of the habitat may have an immediate and devastating chain reaction through the system. The permafrost is easily damaged by heavy equipment and by oil spills. The Inuit, who fish, hunt, and trap for a living, are directly affected by abuses of the ecology.

Tundra vegetation is quite varied, considering the climatic conditions. Although the rock deserts are almost devoid of vegetation, relatively fast-growing mosses often surround large rocks. In rock crevices such plants as the purple saxifrages survive, and the rock surfaces themselves may support lichens, some of the orange and vermilion species adding color to the landscape. Lichen tundra is found in the drier and better-drained parts. Mosses are common, and some species may dominate the landscape to such an extent that it appears snow-covered. The heath and alpine tundra support dwarf, often berry-bearing shrubs, while the ground between usually is covered with a thick carpet of lichens and mosses

The distinctive animals of the tundra are the seal and the polar bear, the latter feeding on seal; the musk-ox, caribou, and lemming, which feed on the tundra vegetation; and their predators, the Arctic wolf and white fox. Few birds make the tundra their year-round habitat, the great snowy owl and the ptarmigan being exceptions. Numerous birds that normally live in mild climates, however, often fly to the tundra for nesting. Two large birds that do this are the snow goose and the Canada goose.

More summaries and resources for teaching or studying Tundra.

Tundra from Gale. ©2005-2006 Thomson Gale, a part of the Thomson Corporation. All rights reserved.