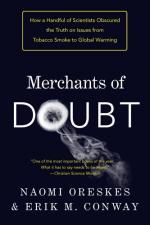 This encyclopedia article consists of approximately 5 pages of information about Tobacco.

Tobacco generally refers to the leaves and other parts of certain South American plants that were domesticated and used by Native Americans for the alkaloid NICOTINE. Tobacco plants are a species of the genus Nicotiana, belonging to the Solanaceae (nightshade) family; this also includes potatoes, tomatoes, eggplants, belladonna, and petunias. Including plants used for tobacco, there are sixty-four Nicotiana species. The two widely cultivated for use as tobacco are Nicotiana tabacum and Nicotiana rustica, the latter of which contains the higher levels of nicotine.

is, however, the major source of commercial tobacco, although it has been hybridized with other Nicotiana species, with resultant alteration in chemical composition. Nicotiana tabacum is a broad-leaf plant that grows from 3 to 10 feet (1-3 m) tall and produces 10 to 20 leaves radiating from a central...

More summaries and resources for teaching or studying Tobacco: History Of.

Tobacco: History Of from Macmillan. Copyright © 2001-2006 by Macmillan Reference USA, an imprint of the Gale Group. All rights reserved.