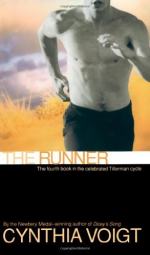 The Runner
Order our The Runner Encyclopedia Article

The Runner - Research Article from Literature and Its Times

Cynthia Voigt
This encyclopedia article consists of approximately 14 pages of information about The Runner.

Cynthia Voigt was born in 1942 in Boston, Massachusetts. A high-school teacher of English, Voigt began her writing career in 1981 and produced a string of ten bestselling, acclaimed young-adult novels within the next five years. Voigt insists upon the sophistication of younger reading audiences, refusing to sugarcoat difficult issues like loss, family conflict, death, and pain. The Runner, one of several books about the Tillerman family, takes on the issue of the Vietnam War from the perspective of a rebellious boy who makes the complicated choice to enlist in the army.

The Vietnam War. United States military forces were officially involved in Vietnam from 1964 to 1972. The history of America's involvement with this country, however, reaches back to the close of World War II. Before the war, France counted Vietnam among its colonies. The situation...

The Runner from Gale. ©2008 Thomson Gale, a part of the Thomson Corporation. All rights reserved.