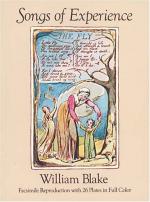 This encyclopedia article consists of approximately 6 pages of information about The Invention of the Fax Machine.

With its convenience and ease of use, the invention of facsimile communication has permanently changed business operations in the modern world. This transmission device, commonly referred to as the fax machine, is now used worldwide by businesses, governments, and households. Its ubiquitous presence in offices and homes is due to its low cost and expediency in transmitting documents. The fax machine has had a direct impact on the advancement of communications technology since its humble invention in the 1800s.

The earliest form of the fax machine is attributed to Scottish inventor Alexander Bain (1818-1903). In 1843 Bain created and patented a device that simulated a two-dimensional image, making significant improvements on the telegraph. Although Bain's creation was never officially tested, in 1841 English physicist Frederick Blakewell first demonstrated the use of another type of facsimile that differed from...

More summaries and resources for teaching or studying The Invention of the Fax Machine.

The Invention of the Fax Machine from Gale. ©2005-2006 Thomson Gale, a part of the Thomson Corporation. All rights reserved.