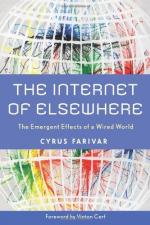 The Internet Explosion - Research Article from Science and Its Times

This encyclopedia article consists of approximately 6 pages of information about The Internet Explosion.

In the early 1990s the public had no idea what the Internet was or what it could do. Just a few years later, it had exploded onto computers all over the world, revolutionizing the way we communicate, socialize, and conduct business. The Internet has created a multibillion-dollar industry and spawned a worldwide revolution. With the proliferation of e-commerce, business is no longer restricted to the traditional bricks-and-mortar operation. Now, anyone with a personal computer (PC) can create a website to sell a product. Little did the forefathers of the Internet know how far-reaching the effects of their invention would be.

In 1957 America was in the throes of the Cold War with the Soviet Union. Fears of nuclear annihilation ran high, and the Soviets had just launched the first Sputnik into space, winning the race with the United States. In response, the U...

More summaries and resources for teaching or studying The Internet Explosion.

The Internet Explosion from Gale. ©2005-2006 Thomson Gale, a part of the Thomson Corporation. All rights reserved.