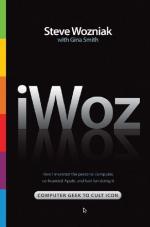 The History, Development, and Importance of Personal Computers - Research Article from Science and Its Times

This encyclopedia article consists of approximately 10 pages of information about The History, Development, and Importance of Personal Computers.

The personal computer was introduced in 1975, a development that made the computer accessible to individuals. Up to that time computers had been very large and expensive, operated mainly by big companies. The first modern computers were created in the 1950s and have a long theoretical and technical background. The use of computers has profoundly effected our society, the way we do business, communicate, learn, and play. Its use has spread to all literate areas of the world, as have communication networks that have few limits. The personal computer has inspired new industries, new companies, and created millionaires and billionaires of their owners. It has also changed the English language and refocused the power in many businesses from the men who procure the money to those who create the product.

More summaries and resources for teaching or studying The History, Development, and Importance of Personal Computers.

The History, Development, and Importance of Personal Computers from Gale. ©2005-2006 Thomson Gale, a part of the Thomson Corporation. All rights reserved.