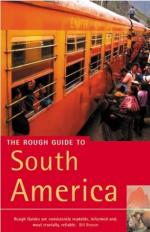 This encyclopedia article consists of approximately 6 pages of information about The Exploration of South America.

By the end of the nineteenth century, South America had barely been explored by civilized man. In the first three decades of the twentieth century, however, several adventurers made extensive treks into the heavily forested and often treacherous interior of this continent. Their work offered a glimpse of South America's flora and fauna, along with a view of its human cultures and past histories. Among the many discoveries of the era, Percy Fawcett surveyed country boundaries and mapped rivers, including the Rio Verde, from 1906-10. In 1911, Hiram Bingham (1875-1956) discovered the ruins of the Incas at Machu Picchu, and three years later Theodore Roosevelt (1858-1919) and Cândido Mariano da Silva Rondon (1865-1958) traveled the River of Doubt.

South America in the early 1900s was a largely unexplored continent. It held few roads to connect major cities, relying...

More summaries and resources for teaching or studying The Exploration of South America.

The Exploration of South America from Gale. ©2005-2006 Thomson Gale, a part of the Thomson Corporation. All rights reserved.