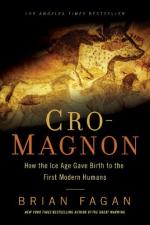 This encyclopedia article consists of approximately 5 pages of information about The Discovery of Global Ice Ages by Louis Agassiz.

Today, the concept of thick ice sheets covering large portions of the globe is a familiar one. We now know that ice sheets advance and retreat, altering landscape and climate as they do so. This knowledge, however, is relatively recent, the result of a great deal of geological deduction on the part of the Swiss scientists Johann von Charpentier (1786-1855) and Jean Louis Agassiz (1807-1873). Charpentier first advanced a reasonable scientific explanation of a recent ice age to explain many of the phenomena found in the Alps, while Agassiz fought to have the idea win acceptance in both the scientific and popular arenas. Acceptance of this theory has changed the way we view Earth and its climate, including recent debates on global warming.

For centuries it had been noticed by...

More summaries and resources for teaching or studying The Discovery of Global Ice Ages by Louis Agassiz.

The Discovery of Global Ice Ages by Louis Agassiz from Lucent. ©2002-2006 by Lucent Books, an imprint of The Gale Group. All rights reserved.