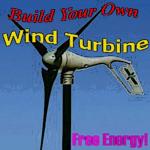 This encyclopedia article consists of approximately 6 pages of information about The Development of Windmills.

Windmills provided medieval society with a reliable source of energy that helped initiate a thirteenth-century Industrial Revolution. This device also helped create a mechanical view of reality that would dominate the West for centuries and eventually lead to the onset of the Scientific Revolution.

From man's earliest days, energy has been a fundamental necessity for human existence. The adoption of fire by our ancestors enabled them to survive in northern sections of the Eurasian landmass during the last Ice Age. Fire was humankind's first inanimate source of energy. The heat and light that it generated allowed the first Homo sapiens to increase their protein intake by providing the opportunity to cook meat. It also kept them warm during the winter months, which extended the life expectancy of both infants and the aged. Finally, this new source of energy added to...

More summaries and resources for teaching or studying The Development of Windmills.

The Development of Windmills from Lucent. ©2002-2006 by Lucent Books, an imprint of The Gale Group. All rights reserved.