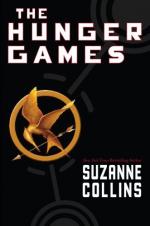 This encyclopedia article consists of approximately 6 pages of information about The Development of Libraries in the Ancient World.

Libraries are institutions designed to preserve records, written material, legends, and literature. They preserve the history of time and place as well as the intellectual activity, discoveries, and innovative ideas within a culture. The first libraries of the western world were collections of literature, commentaries, records, and speculations on the way the world worked. Many of these institutions also encouraged scientific investigation, new ideas, and innovative methods of understanding the world.

Libraries were inconceivable until writing was invented between 5,500 and 6,000 years ago in Mesopotamia and Egypt. Other scripts were invented by the Minoans on Crete 5,000 years ago, the Hittites in Anatolia (modern Turkey) about 4,000 years ago, and in China about 3,500 years ago.

The Sumerians in Mesopotamia developed the first writing system. Along the riverbanks, they found both clay and reeds. Pressing the...

More summaries and resources for teaching or studying The Development of Libraries in the Ancient World.

The Development of Libraries in the Ancient World from Lucent. ©2002-2006 by Lucent Books, an imprint of The Gale Group. All rights reserved.